Home » About » Partners » William B. Inglee 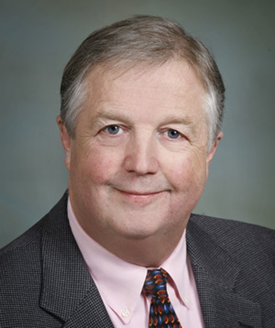 Prior to co-founding ISM Strategies, Bill held the position of Clerk and Staff Director of the Committee on Appropriations, U.S. House of Representatives. As Staff Director, Bill was responsible for supporting the Chairman of the Committee, the Honorable Hal Rogers (R-KY), directing the 120- plus staff of the committee, and working with the Members in the exercise of the Congress’ constitutional responsibility for the appropriation of the nation’s annual trillion-dollar budget for all discretionary programs and activities of the federal government. From February to June 2017, Bill served as a full-time Senior Adviser to Secretary of State Rex Tillerson.

Prior to joining Lockheed Martin, Bill served as policy adviser on national security and trade affairs to the Speaker of the House of Representatives, the Honorable J. Dennis Hastert. As a senior policy adviser to the Speaker, Bill coordinated defense, intelligence, foreign policy, and trade policy for the senior Republican leadership under Speaker Hastert.

Bill holds degrees from the Georgetown University School of Foreign Service in Washington, D.C. and the Carleton University Center for Russian and European Affairs in Ottawa, Canada.

Bill’s awards include the Secretary of Defense Medal for Outstanding Public Service and the Order of Merit Officer’s Cross, First Class, by the President of the Federal Republic of Germany for his contributions to German-American Relations.

In the past, Bill has served on numerous boards, including: The Board of Directors of the U.S. Global Leadership Coalition, The Friends of the National Arboretum, the Washington Bach Consort, the Atlantic Council, the Asian Pacific Security Center, the Aspen Institute of Germany, the National Association of Manufacturers, and the Chamber of Commerce Foundation.

Bill currently resides in Alexandria, VA. He is married to Mary Jane Madden, and they have two sons.